skip to main | skip to sidebar

HTV de IJsberg 83: An Artist's Guide to the Galaxy


Check out my improved version of Kepler spacecraft to explore space. 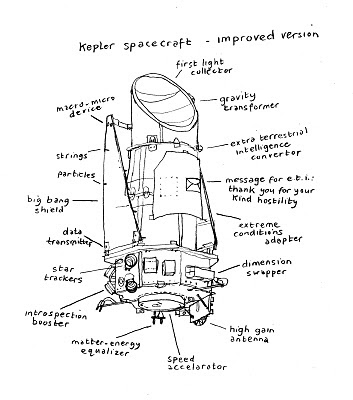 And, even more stunning, the first proof of e.t.i. recorded by it. 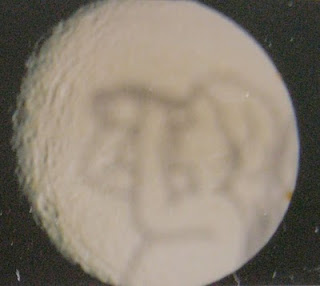 HTV Highlights: issue 62 Save a Melting Iceberg in One Day

In 2010 arts magazine HTV de IJsberg celebrates its 15th anniversary! A good excuse to dive into my personal archives, being one of the editors. This was first published in HTV issue 62 in 2006. 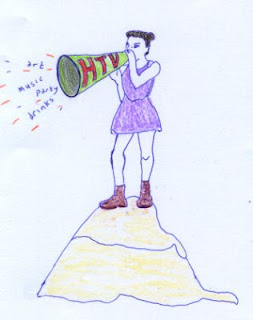 Save a Melting Iceberg in One Day
initiated by Karin Bos
On Friday January the 27th 2006 the HTV organized an art party at OT301 in Amsterdam. This fundraising event “Save a Melting Iceberg in One Day” was a one-day exhibition of 165 small works on paper donated by 75 artists. The show contained drawings, prints, photography, painting, c-prints and even embroidery. All the art works were for sale to benefit arts magazine the HTV. It was “cash and carry” for only 25 euros a piece, so the visitors could shop until they dropped. At the end of the evening there were lots of empty spots and red dots, which was very satisfying to all of us.
Next to the exhibition it was also possible to crash on one of the cushions on the floor to relax and enjoy the visuals or hang out and drink a beer at the bar, listen to a performance of the band Les Bif-Tecs, dance to the DJ’s or join the live drawing performance by Carline Huge. She cut off a bit of hair of the participants to make pencils. With those personal pencils she drew their portraits on a large piece of paper which grew into a major group portrait. A raffle at the end of the party decided which participant was the lucky one to take it home. The benefit was such a success that it will become an annual event. We hope to see you again!

The HTV wants to thank the following artists who have generously donated their artworks to “Save a Melting Iceberg in One Day”: 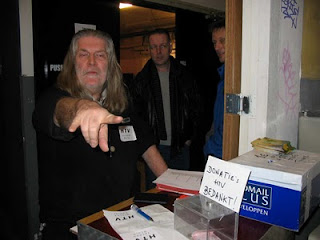 DJ Middle of the Road 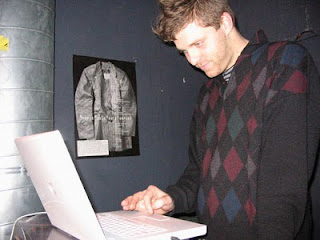 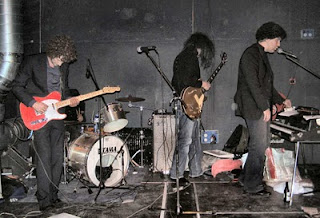 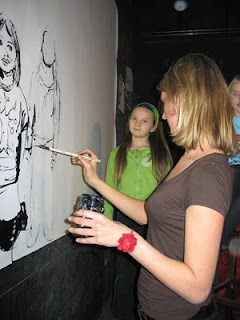 The 'cash and carry' desk 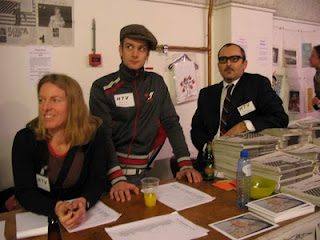 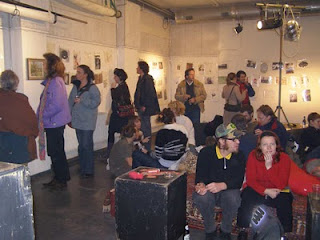 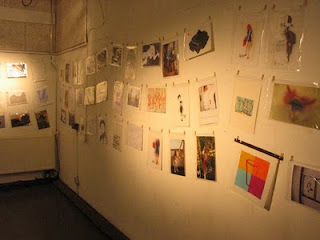 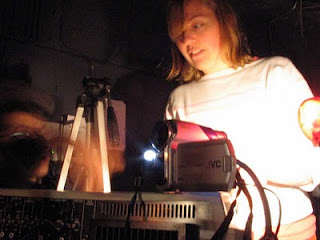 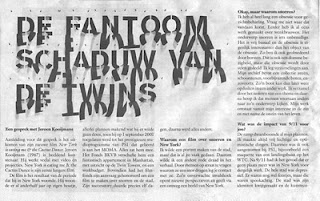 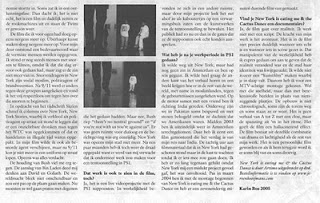